Difficulties of living with disability 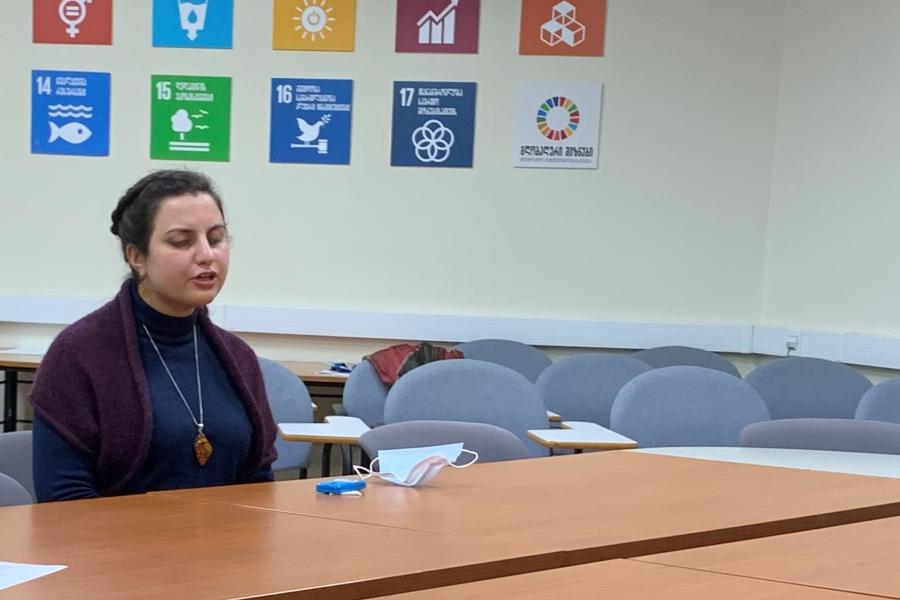 A group of human rights activists, led by Esma Gumberidze, a youth leader with a visual impairment, joined the UN this week for a frank discussion about attitudes towards disability. They gave a two-hour-long talk online for UN staff in Georgia on difficulties of living with a disability, legal capacity reform, and a human rights-based approach to disability.

The “Disability Talks”, held to commemorate the International Day of Persons with Disabilities, were a way to learn and to model this kind of listening.

“Though the UN Convention on the Rights of Persons with Disabilities has been ratified, persons with disabilities in Georgia have really not yet benefited from the rights guaranteed by the Convention,” said Esma Gumberidze.

Ms. Gumberidze said that persons with disabilities form a sizable share of society in Georgia but are living in the shadows and are stigmatized.

She provided an overview on persons with disabilities and inequalities, sharing her personal experience.

“I depend mainly on my family and certain services, but not all people with disabilities can do the same. There is generally no culture of support networks. Independent travel is difficult for the visually-challenged,” she said.

Gunberidze has been lucky. Her family understood her capabilities, supported her in overcoming social and physical barriers, and helped her realize her full potential. After graduating from a public school for the blind in Tbilisi, she went to the United States of America as a FLEX student.

Upon her return to Georgia in 2013, she has actively participated in volunteering and community service.  She is a co-founder of the Platform for New Opportunities, an initiative group for women with disabilities. She is also a member of the Disabled Rights Council within the Ombudsman’s Office.

In 2019, Esma Gunberidze was elected Georgia's Youth Representative to the UN.

She called on human rights leaders to advocate for relevant institutional framework and services which would respond to the needs of persons with disabilities. 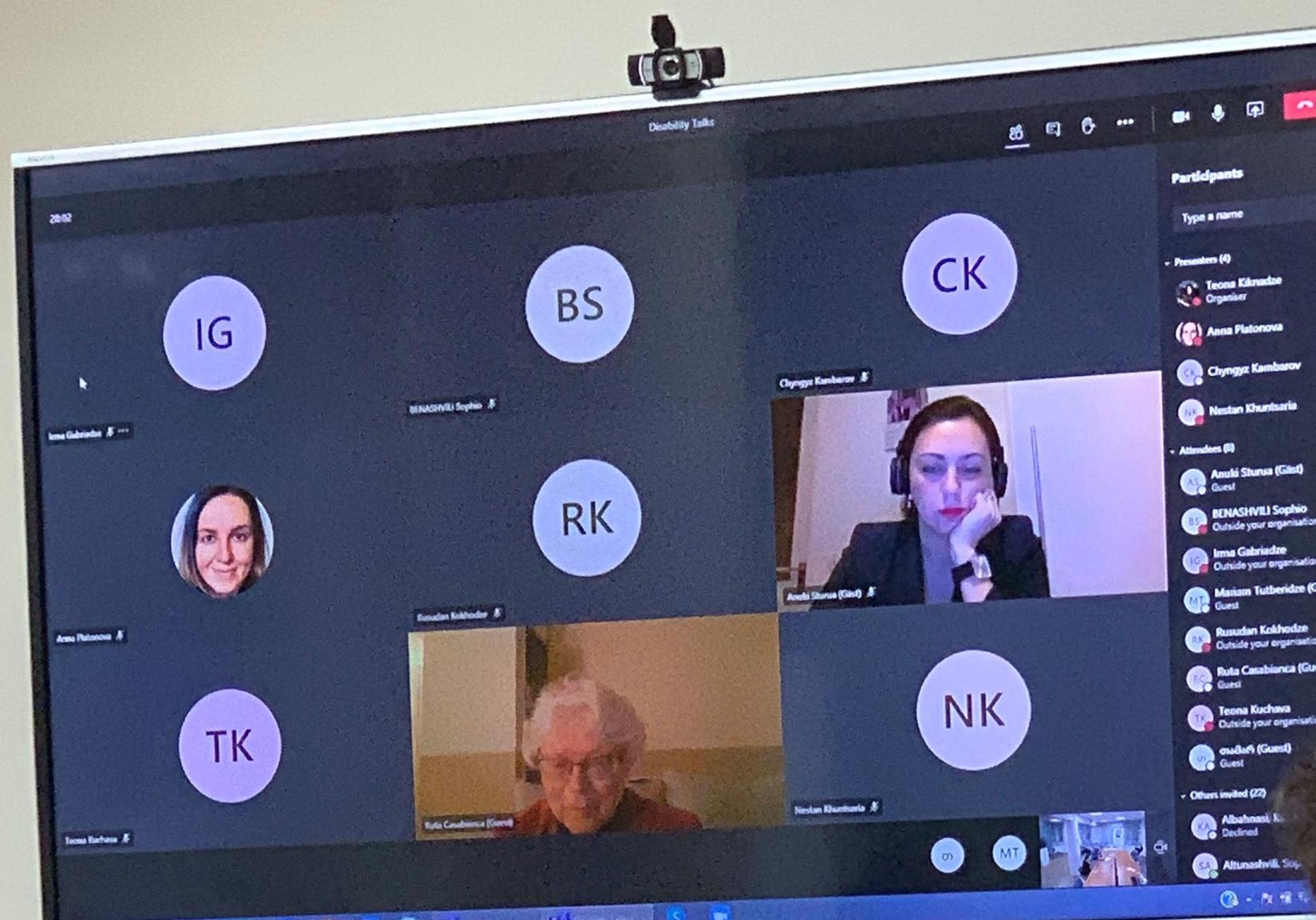 Dialing in live from the USA, Ruta Casabianca, the co-founder and Project Manager of the programme Together for Real Changes (TRC) talked about her life working as a volunteer and human rights activist and her experiences of working in Georgia. She noted that a substantial portion of the disabled community is facing a crisis in regions because of a lack of outreach.

“It is especially hard for persons with disability to get the status of disability which is their only source for minimal resources provided by the government. This “status” is the only reliable source for data about the number of people with disabilities in Georgia. Only 3% of the population is identified as disabled whereas the World Health Association and western countries count between 10 to 15% of their citizens as disabled,” she noted.

She called on human rights leaders to advocate for people with disabilities in the regions, while simultaneously increasing societal awareness and stimulating change of social norms.

Talking about the most problematic issues related to legal capacity reform, Mariam Janiashvili, a lawyer and researcher at the Human Rights Education and Monitoring Center (EMC) pointed out the need for a paradigm shift towards the recognition of persons with disabilities as subjects of the same rights and obligations as everybody else. She noted that despite legal capacity reform which was carried out in 2015 and which is mostly in compliance with the principles of the CRPD, the human rights situation of persons with psychosocial and intellectual disabilities has not been changed. One of the most challenging directions is the implementation of the above-mentioned reform and creation of relevant institutional framework and services in this regard.

Additionally, she pointed out another acute problem which is faced by persons with psychosocial and intellectual disabilities - institutionalization practice. She stated that despite the commitments under the UNCRPD and the National Mental Health Strategy, hundreds of people are still living in the large-sized psychiatric facilities and boarding houses for PwDs. Beneficiaries of these facilities are living in an isolated environment and are subjects to coercive measures, labour exploitation, violence, etc, while the Government has not adopted a deinstitutionalization strategy which would underline short-term and long-term goals and activities in this regard.

“Georgia needs to take steps in order to establish relevant institutional framework and services which would respond to the needs of persons with disabilities. However, services and its budget cannot be developed without the introduction of a social model of disability, the examination of the needs of persons with disabilities and development of the relevant statistics,” she said.

Ana Abashidze, a lawyer expert at the Partnership for Human Rights (PHR) presented an initial analysis on the access to justice and the importance of strategic litigation for changing the system. She called on to push the government and motivate them to take action.

On these points, however, there is still room for discussion. As the COVID-19 pandemic continues, it is more important than ever to focus on disability disparities and bring more understanding, inclusion, and opportunity to the disability community.

The next Disability Talks on disability disparities is pencilled in for January 2021. 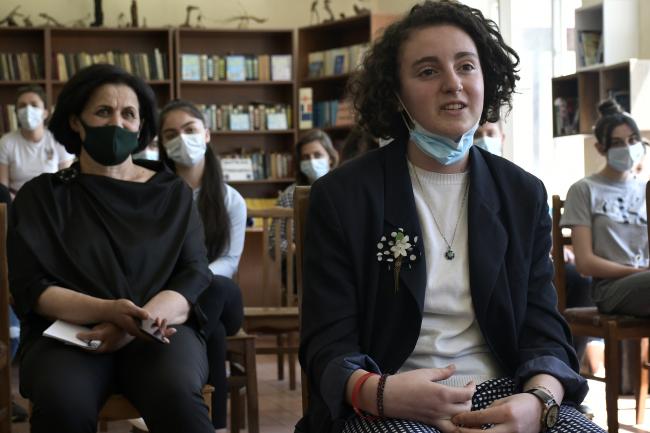 The visit will help outline the current state of the region, its vision for the future and a game plan to invest in its growth and prosperity. 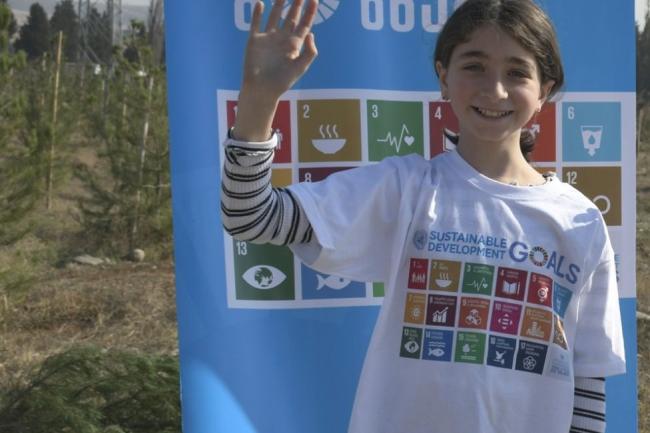 The United Nations in Georgia launched the first ever SDG Financing Report for Georgia. 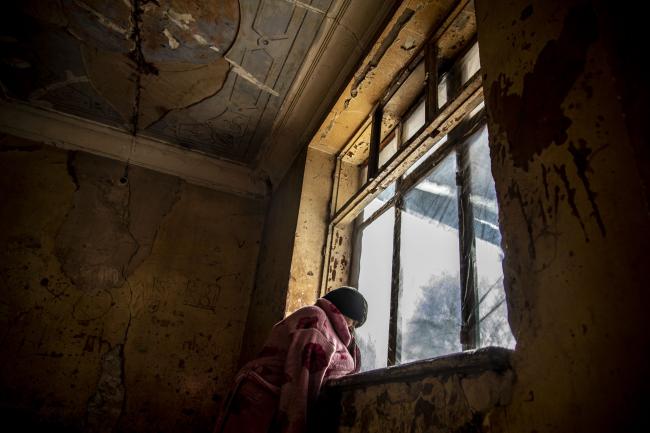 Caring for the most vulnerable in pandemic times